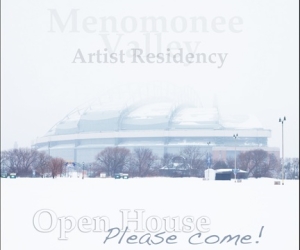 A River Runs Through It

The first artist-in-residence for a new program, photographer Eddee Daniel captures river scenes amidst a city.

“White Christmas” a flurry of holiday romance at the Marcus Center

The touring production retells the story of Irving Berlin's 1954 original, with a new book by David Ives and Paul Blake.

The live storytelling outlet opens its fifth season under the theme "Trust Me," inviting willing audience participants to put their names in a hat and share their tales. Executive director Megan McGhee shares her tips for a great story.

The Rep's biggest show ever, Quasimondo revamps at Villa Terrace, the MSO does Tchaikovsky, and Doors Open in MIlwaukee and Cedarburg to welcome the fall season.

There's only a few theater and music events on stage this weekend, including a 'Grey Gardens" musical and Youth Lagoon, but consider it an appetizer for the fall arts rush next week.

Many musical openings from Milwaukee Opera Theater, Present Music and Early Music Now, as well as opera lessons from Viswa Subbaraman and playwrights staging their own works.

A week dominated by Harley-Davidson's 110th anniversary nonetheless has lots of ongoing shows and boxing at Turner Hall.

Music in the air, theater under the bridge

Live at Peck Pavilion, Luminous Theatre, hip-hoppers, the Summer Philharmonia get busy, and The Rep opens its season with a Tony Bennett homage.

“Irish” every week was this fun

Irish Fest looms large, but there's also performances by the Florentine, Danceworks, the Alchemist Theatre and a new theater co-op to see. Oh, and Lebowski Fest.

Racing to State Fair, and that’s not all

The State Fair, festivals comedian- and African-focused, Danceworks' matchmaking, the first season-opening show at Boulevard Theatre and an Urban Beach Party – what a way to start August.

“Joseph and the Amazing Technicolor Dreamcoat” goes Off the Wall

Off the Wall Theatre has its wacky way with the vintage Andrew Lloyd Webber/Tim Rice musical.

Festa Italiana, Sunset Playhouse, Off the Wall Theatre, UWM Dance and the Wilson Center aren't taking the summer off. 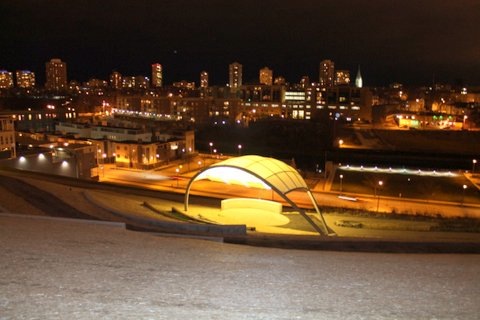 Bastille Days begin in Cathedral Square, and the Bard himself, William Shakespeare, has two different plays opening this weekend.

Summerfest takes center stage once again, but don't rule out Fourth of July celebrations or a trip to Brookfield for a Starry Night, sponsored by the Wilson Center.

Summerfest starts on a high note

The Big Gig begins Wednesday, with the Violent Femmes, fun., Pitbull and more at the Amphitheater, but classical musicians from the Florentine Opera and the Fine Arts Quartet perform too.

More than 170 juried artists will have their works on display at the museum this weekend, alongside a wine garden, sit-down dining and multimedia art demos.

A bit of everything

The Lakefront Festival of the Arts launches, a plethora of classical music, more Spring Green shows and Theatre Gigante brings an accordionist to Paddy's Pub.

Celebrating the Past in the Present

Historical plays open at Uprooted Theater and American Players Theatre, MSO Pops focuses on Mad Men, PianoArts holds a festival that follows the evolution of music and Pridefest kicks off the festival season.

A reworked monologue exposes the “bad Apple” at Next Act

Actor Robby McGhee and director Alan Piotrowicz team up to present "The Agony and the Ecstasy of Steve Jobs," Mike Daisey's monologue about Chinese factory workers.

Figaro at the Florentine, Arlo Guthrie in South Milwaukee, Springdances at UWM, an Irish play at the Irish Center, and it's almost Ride Your Bike to Work Week.

Curtains up across the city

"Catch Me If You Can" flies into Marcus Center, In Tandem revives "Apartment 3A," more from the Alchemist's Year of Fear and Danceworks re-imagines "Facade."

Operating in the fringe

With upcoming productions including "Spike Heels" and "Hedwig and the Angry Inch," the developers of Milwaukee's "TIM (The Improvised Musical)" have some unique work to unveil.

Spring Gallery Night is the big arts event of the week, but don't neglect new shows at the Marcus Center, Quasimondo, Wisconsin Conservatory and Alverno Presents.

Dining: Apollo Cafe Is A Winner by Cari Taylor-Carlson

Gov. Evers Appoints Jack Salzwedel to the WEDC Board of Directors